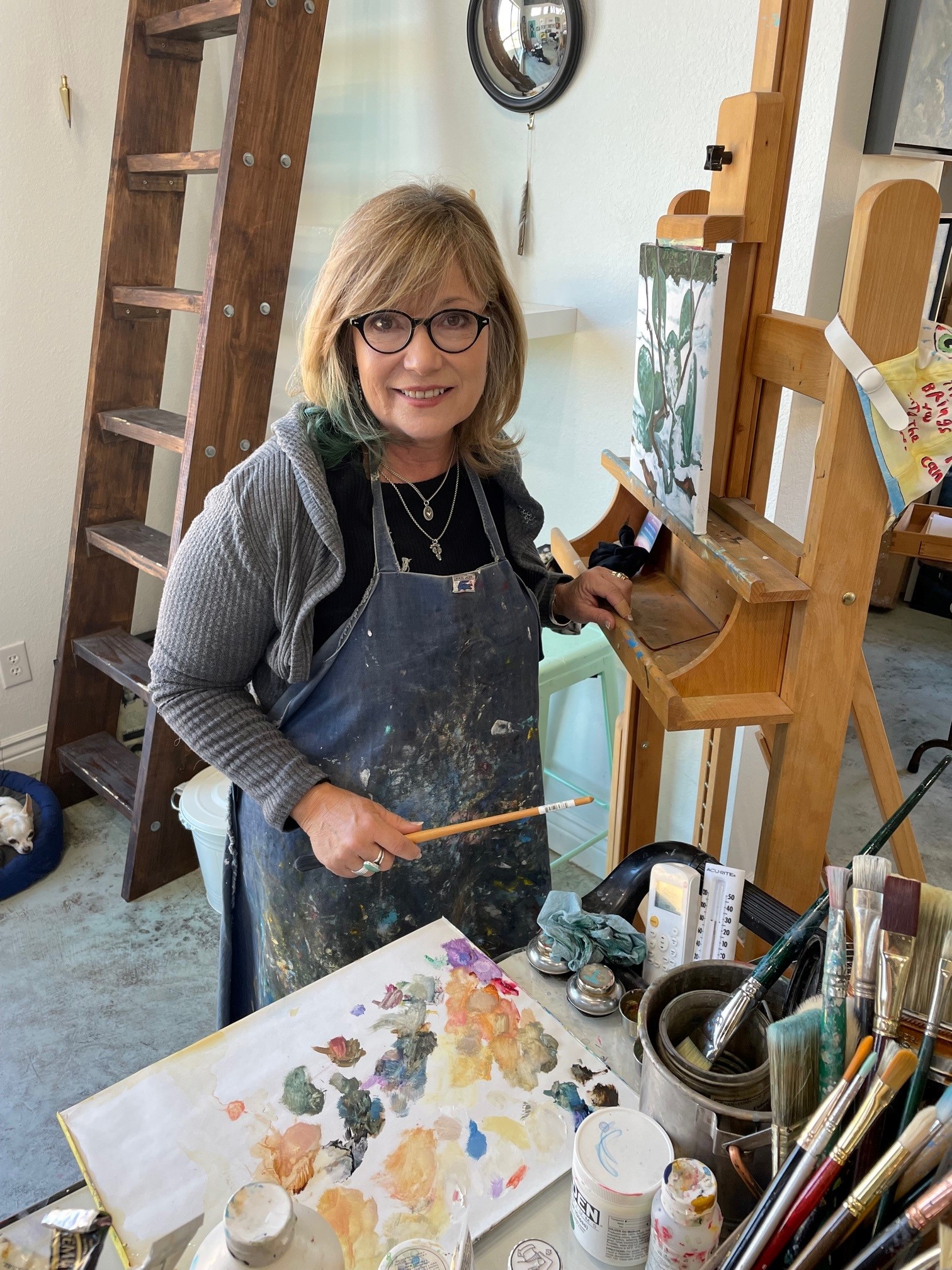 Eilene Carver is a Dallas Ft. Worth area artist. She primarily paints narrative still-lifes, which are expressed through an ever-growing iconography of private symbols.
She states, “I find the everyday objects of our ‘domestic landscapes’ establish connections to time, place and experience which can be uniquely personal and oddly universal at the same time.” Her paintings are marked by their subtle exaggeration of light and its effects on color, creating a visual reality that resides between realism and surrealism.

Eilene was raised in South Texas and is one of four visual artists in her family. She holds an MFA in Painting from UC Berkeley and earned her BFA in Communication Design from Baylor University. She has taught at the college level since the nineties at Napa Valley College, The Richmond Art Center and currently Collin College where she has received the Vision Award and Outstanding Professor of the Year. She is known for her passionate student interaction and encouragement of individual creative growth.

Her work has received awards and been included in regional & national exhibitions in such venues as Artspace 111, Craighead Green Gallery, The Women’s Museum of Dallas, the former Laguna Gloria Museum in Austin, Berkeley Arts Center, and the San Antonio Museum of Art. Her paintings reside in numerous private collections throughout the United States.